CFM seeks to improve scientific literacy in the North Carolina Piedmont Triad region by partnering with the local science museum Kaleideum to establish basics materials-science exhibits and demonstrations, answering a call of state and regional planners for collaboration among universities and museums to enhance STEM education.

“Kaleideum is proud to collaborate with partners in the field, such as Prof. Thonhauser and Wake Forest University, to bring scientific concepts to the public in creative and innovative ways.”

Informal science education through science museums is considered one of three vital pieces of the US education system to ensure US economic competitiveness, particularly the future ability of the nation’s education institutions to produce citizens literate in STEM.

Our most recent exhibit installed at Kaleideum through CFM is called Molecules—the Building Blocks of Stuff, which was also features on the local news. 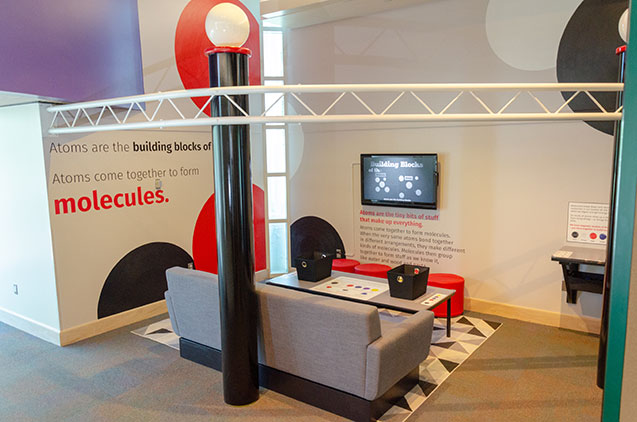 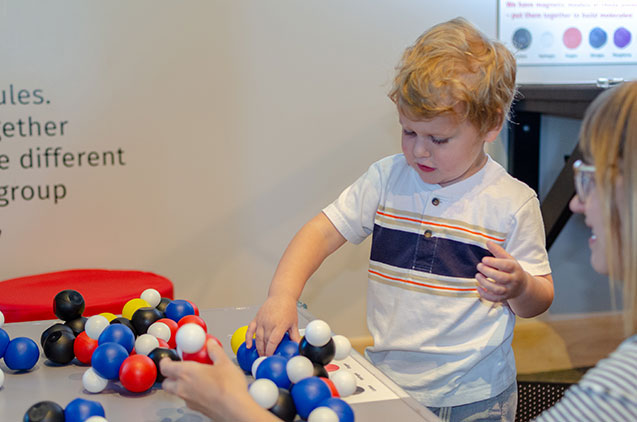 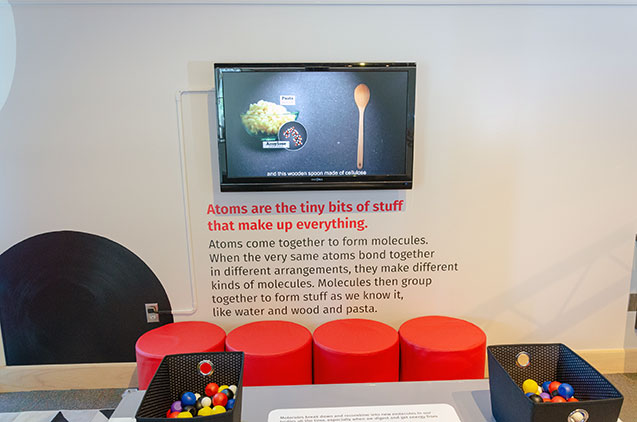 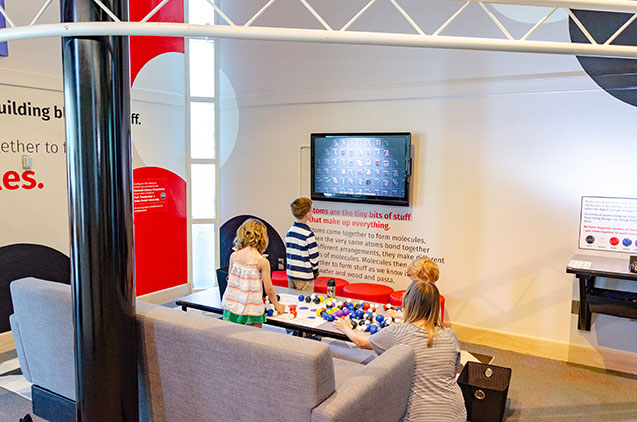 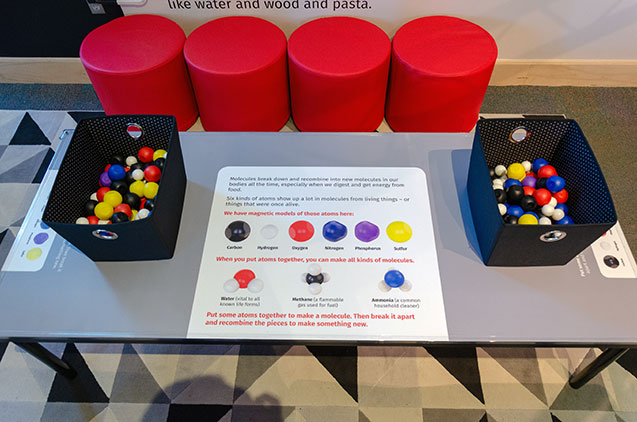 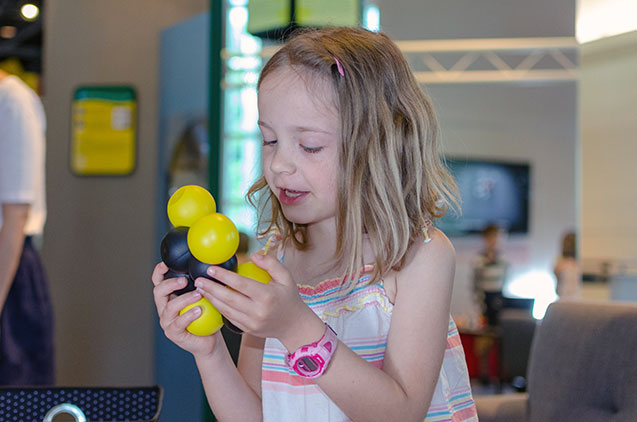 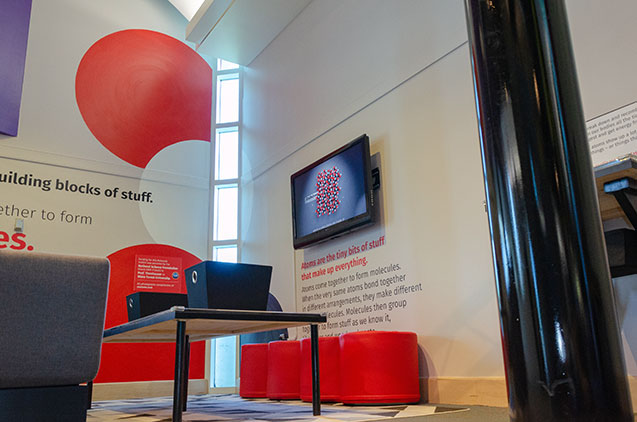 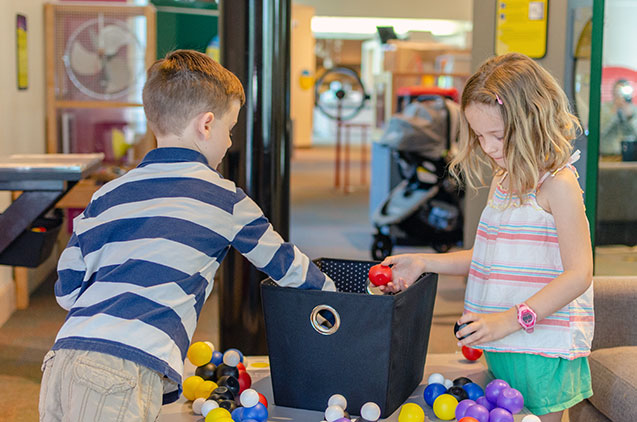 Other materials science related exhibits have been installed by CFM members in the past, including an exhibit about alternative forms of energy and one called Hydrogen—the Fuel of the Future?

“I believe it is important to expose children at a young age to scientific concepts because it can have a profound impact on how they see and think about the world and how they go on to make career choices.”

In addition to partnering with Kaleideum, the CFM also raises general awareness in the younger population about materials science problems through a program that allows us to bring high-school students and other interested individuals to our labs.